Welcome to the Control the Narrative: How to Use Publicity to Boost Your Brand mini-series, where I give you my five strongest tips for taking control of the stories told about your brand through the media.

Until you reach the point where you absolutely can’t, everyone should do their own publicity.

Some people get confused when I say this because of my job title. They respond, “But you’re a media coach–don’t you want to do other people’s publicity?” No! My goal is to empower you to handle it on your own.

When you’re building your image in the media, it’s not only preferable but essential that you are the one down in the trenches booking interviews, networking, making connections, and making things happen. In the beginning, every detail matters in developing what will ultimately be your “image,” and you don’t want to hand off that essential creation process to someone else.

Taking charge of your public image and controlling your own media strategy can feel intimidating at first, but at the end of the day, no one knows your business like you do. Being in charge of your publicity comes with some huge benefits that an outside person can’t touch.

You Stay Connected to Your Audience

As you build a relationship with them through the media, they must get to know you–not your publicist or PR team, who may change over the course of your career.

Many CEOs and executives try to create the illusion that they’re on the front lines when a PR team runs things in the shadows. This is precisely how big names eventually “lose touch” with the audience that supported their career in the first place. It’s how dispassionate statements become the norm, and media interactions shift from authentic, sincere, and warm to cold, stilted, and removed.

You know whom you serve better than anyone–they’re your audience, after all. So it’s imperative that you prioritize your relationship with them, not a specific image you’re crafting for yourself.

You Have Complete Control of Your Strategy 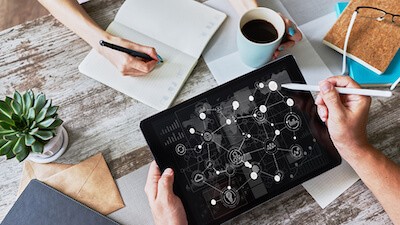 Many people think handing the reins of their publicity strategy over to someone else will reduce their stress–it’s less on their plate, right? Unfortunately, this is just swapping one type of stress for another (that costs a lot, I might add).

No matter how good your publicist is, they aren’t you, and you don’t want to give up control at such a formative time in your career. When you pay someone else to book your interviews, craft your messages, and decide what you promote, you risk losing touch with your core “why” and passively allowing your image to shift in a direction you never intended to go.

I can’t tell you how many times I’ve had clients come in who have worked with publicists in the past who pushed them towards engagements that weren’t linked to their passions. They showed up to the gigs at less than 100%, which ultimately hurts more than it helps.

Nobody knows your brand and your audience like you do. So especially in those formative few years when you’re first building your public image, maintaining control of your publicity strategy is critical. Start building a plan for yourself and make adjustments as you go!

Want to become a master of the media and learn how to get the most benefit from your publicity? Check out The Ultimate Media Mastery Program, where you’ll learn to take command of your narrative and build the business of your dreams!