Welcome to the Control the Narrative: How to Use Publicity to Boost Your Brand mini-series, where I give you my five most vital tips for taking control of the stories told about your brand through the media. 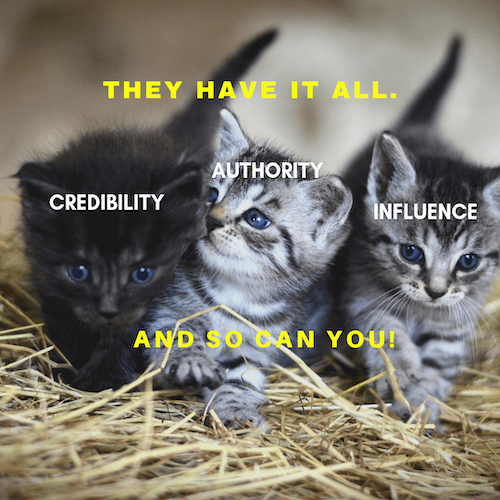 Credibility, authority, and influence are the three cornerstones of any media strategy. Master all three, and you’ll be well on your way to booking whatever appearances you want, getting your pick of clients, and being the “go-to expert” of your field.

I’ve noticed, though, that most of my new clients come to me focused on one of the three. They’re obsessed with being influential. They want to be a leading authority. They want to be believed. And this is often why their previous publicity strategy failed to take off — you can’t indeed maintain one of the “Big Three” without the others.

Credibility: Are You Genuine? 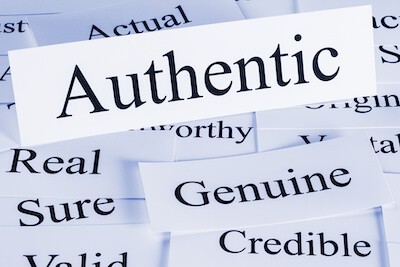 Credibility is simply whether or not your audience believes what you say, and it’s based on your reputation and track record. For better or worse, credibility is the easiest of the three to achieve since humans tend to want to believe what they see or have been told. Still, you want to give your audience reasons to believe you thoroughly and completely.

One of the most effective ways to build credibility is through referrals, testimonials, and gatekeepers. When other credible people speak on your behalf, people are more inclined to believe you. If you appear on a media outlet that has built a reputation for being credible, you are automatically assumed to be more credible by association.

Once you lose credibility, the catch is it’s also the hardest of the three to get back. This is why I encourage my clients never to exaggerate their accomplishments, business, or results.

Authority: Are You a Thought Leader? 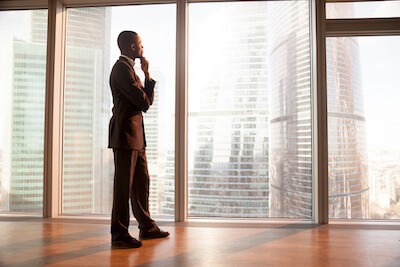 Thought leader has become a somewhat overused term, but it’s still useful to help understand what exactly authority is through the lens of publicity. A thought leader is a person who helps to guide the trends of a specific field. Every single field in existence is constantly growing and changing, and thought-leaders are the people at the front of it saying, “Let’s explore this route.”

You become an authority by, first, being consistently credible. People have to believe you to trust you enough to follow. But the other essential part of being an authority has to do with actually having something new and exciting to contribute to ongoing conversations. It’s not enough to say truthful things everyone already knows. To be a thought leader, you need to contribute your original thoughts.

Influence: Do You Motivate Action?

You have probably heard of “influencers.” Sometimes you’ll hear people get upset about social media influencers because it seems as easy as posting pictures on Instagram. But in truth, real influencers have an astonishing ability to inspire action and motivate changes in their audience’s behavior.

To become an influencer, you need to be credible and have authority. And then, you need to give people a call to action. You can’t motivate action if you aren’t giving people specific steps to take: click this link, check out this site, respond to this email.

Credibility, authority, and influence are the ultimate trifecta of publicity. Any good media strategy will emphasize boosting all three.

Need help with building your credibility, authority and influence? I can help you to grow your brand and following, both online and offline! Fill out my three-minute form and I’ll be in touch soon.